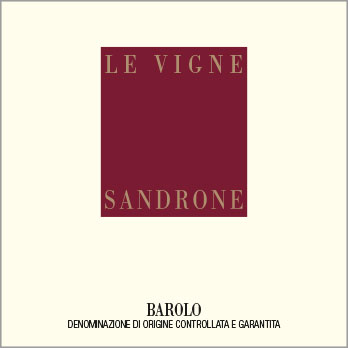 Tasting notes
The Sandrone Barolo Le Vigne 2014 surprises with its intense garnet color, alive and beautiful. As it ages, it will slowly fade in intensity and gain subtle orange-brick hues. The scent, broad and persistent, first shows fruit notes of wild strawberry and raspberry, then floral notes including wild flowers and dried roses. The spice aromas of cinnamon and star anise emerge at the finish. With time we expect secondary and tertiary aromas and flavors to evolve, such as elegant vanilla notes and then dried mushrooms, leather, goudron and, perhaps, truffles. The flavor is rich and intense, with youthful expressiveness in the tannin and acidity. Time will bring greater harmony, resulting in a more complex and balanced wine. It is a young, solid and promising Barolo, borne of an ancient process which combines knowledge of the territory with the ability of the various characters of each vineyard site to meld into a harmonious whole.

Evolution of the vintage 2014

The 2014 vintage, despite being one of the most complex to manage in recent years, gave way to very pleasant surprises as a result of favorable end of season conditions, which gave us high quality in the vinified grapes.

The spring, following a mild winter, came rather gently but prematurely. The amount of rainfall in the summer was above average, with real "water bombs" on a few occasions, although these were quite contained yet intense. Particularly significant were the rains of the 23rd and the 29th of July, which however had profoundly different outcomes: in some areas 63 mm of rain were recorded in a single day, while just 15 km away only 13 mm. The month of September was undoubtedly positive from a climatic point of view, with a good diurnal temperature shifts, significantly contributing to grape quality and phenolic maturation. Nebbiolo is the varietal that responded best to the beautiful climatic conditions at the end of the maturation period. Where the operations of thinning and cleaning of the bunches were carried out correctly during the complete vegetative cycle, excellent results were achieved.

Harvesting operations began in October from 10 and lasted until October 18.